How to Become a Bookie 2 – Betting Types 2

Hi, welcome, this is the third installment of our How to Become a Bookie series. Here we explain what progressive parlays and teaser 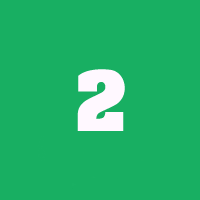 In progressive parlays, you get to pick from four to twelve selections, and you can lose from one to three picks, and still win the bet.

Progressives offer a lower payout than regular parlays, and are only available for football and basketball spreads, not for money lines, or totals.

A tie, or no action, is considered a loss. In case of a loss the play reverts to the next lower level.

A teaser is also a selection of straight bets combined in a single large wager. The difference is that in a teaser, you can move the spread in your favor in order to improve your chances of winning.

The more selections on a teaser, and the fewer the points, the bigger the payout.

Since teasers involve a point spread, they only apply to football and basketball betting. And players have the option of selecting between two and fifteen options.

A tie, or no action, is considered a loss. In case of a loss, the play reverts to the next lower level. However, on a two team teaser, both selections must cover the adjusted spread or the whole play is a loss.

Players have the option of moving the line by four, four and a half or five points in basketball.

And six, six and a half and seven points in football.

Feel free to check the rest of our series, or contact us for more information.