On this installment from the series, we explain what is sports betting and what are the most common betting lines: The Money Line, 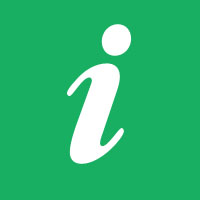 the Spread and the Total.

Remember, knowledge on sports betting is at the core of the bookie business, especially if you want to get started with the right foot.

What is Sports Betting?

Sports betting can be defined as predicting the results of a sporting event for a profit.

This means that while some place wagers based on current stats that favors one side more than the other, others bet for the team they root for, no matter the chances of winning or losing.

The Money Line: This is a bet to either win or lose, and it is based on a ten-cent line. This means that for every one hundred and ten dollars a player bets, he gets an extra one hundred for a total return of two hundred and twenty.

If the player losses the wager, he will end up losing one hundred and ten dollars.

This is a line that has been previously handicapped by the Bookie in order to provide both teams on a given sporting event with a more balance chance of winning a wager.

For example, on a game between the Patriots and the Packers, New England is the favorite with a minus seven spread. On the other hand, Green Bay is the least favorite, or underdog, with a plus seven spread.

This means that the Patriots must win the game for more than seven points, so the players that bet on it can collect their winnings.

On the contrary, if New England wins the game, but for not more than seven points, the players lose their bets, and the bookie collects.

A player can also choose to place a bet on the least favorite side, or underdog. Although the chances of this team of winning the bet are slim, if it wins, or actually losses for less than seven points, then the player still wins the wager.

When the player places a bet on the total of the game, he is wagering on the combined result of both scores at the end of the game.

The player can select to either go over, or under the specified total.

Here’s an example of a game between the Patriots and the Packers with a total line of forty four.

If the player picked the total to go under, and the score at the end of the game was forty six, the player loss the wager because the combined score of both teams is two points over forty four.

This scenario can also be played vice-versa, where the player bets on the over, and wins the bet.