Bookie Tips: Talent over Seniority, Being Odd is Ok

To be able to run a bookie business in the best possible way, the CEO of the company must be able to create a balance between seniors and the younger talent. Also, being odd, instead of 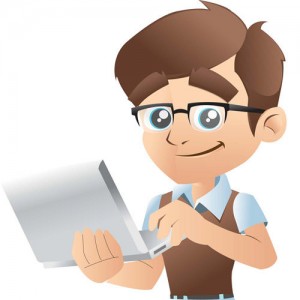 being a disadvantage, it appears to have been of great help for many successful owners of large companies. Read on to learn more on these fascinating subjects.

If you are working for a large bookie company where there are people that has been at their positions longer than you, don’t be afraid to provide your opinion and act when you feel that you have to do so in order to improve your sports betting organization.

Just because someone is your senior at a bookmaking operation, it doesn’t mean that such a person is more knowledgeable than you in all areas.

A bookie company where seniority is given priority over talent is old-fashioned, and is destined to fail in the end because this way of handling things is very counterproductive.

On the other hand, when a bookie start-up is run by people that empowers the young talent instead of giving a special treatment to seniors, this is then the best example of a sports betting company that knows how to make the best use of its current resources.

The ideal scenario would be a bookie company where both seniors and younger employees are able to work as a solid unit, complementing each other for the sake of their wagering organization.

Being an Odd Individual is Ok

In order to run a successful bookie start-up, you really don’t have to be the most popular individual or the most likeable.

In fact, when it comes to people in higher positions at very respectable organizations from a variety of industries, the reality is that many of these individuals are quite odd, being this almost the norm.

Some of the most successful names in the business world are considered odd because of a variety of reasons, including dyslexia, which affects important people such as Steve Jobs and Richard Branson.

Also, a recent article from The Economist mentioned that individuals with attention-deficit disorder, or ADD, are likely to end up running their own businesses.

One of these ADD sufferers is Paul Orfalea of Kinko’s, who considered this disorder to have been an advantage to this success because it allowed him to be creative in a different way.

What’s more, according to a recent study by the Mayo Clinic, many entrepreneurs who suffer of Asperger’s syndrome, which affects a person’s social and communication abilities, have been perfectly able to run their businesses (including bookie operations).

Many of these individuals are actually good at attracting investors because they are perceived as geeks, and being a geek is seeing nowadays as synonymous with competency, and as people that is able to take care of things, despite being a little bit odd when compared to the norm.