Knowing about lines is very important because it allows you to have a clearer vision of what a sports betting business is all about. But by working with a price per head shop, you really 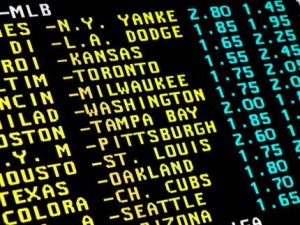 don’t have to pending of line moves as a top pph shop counts with experienced personnel that allow agents to always count with a more than competitive edge over wise guys and betting syndicates.

With that said, here is some important line moving information that can come handy as a quick reference in the future.

A steam move takes place when a line changes in a short period of time as a product of a significant amount of cash going down on a side.

This happens when most professional players and betting syndicates make a move on a given side.

After these bettors pick their favorite side, bookmaking agents commonly move their number to the contrary side in order to make the weaker side more appealing to recreational bettors, bringing balance to their books.

When it comes to football, if a given line is seeing as an easy one by the wise guys and the syndicates, they will attack it right away, and this action will lead to the line shifting early in the week.

Recreational players tend to bet during the actual day of a given match, or the previous one.

So, when a line moves early in the week, this is an indication of wise guy action.

While recreational cash moves the number slowly, professional money do it faster.

The reason for this is because the opinion of sports betting pros is highly valued, and when they put weight on a number, those in the know usually pay attention and take action accordingly.

Don Best, The Half Point

A service such as Don Best Odds allows bookies to keep an eye on the live action at significant competitors.

For example, when a lines person sees that a number moves half a point up at a few sportsbooks in a short period of time, they’ll likely follow their lead in order to avoid risking a limit wager by a sports betting pro.

Also, a line moving higher than a half a point is also the result of sports betting pro action.

In order to figure out if a line has been heavily influenced by wise guy action is to check the opening line versus the line that is presented by a given price per head bookie the day of the match.

If the line has moved just a half a point, this is mostly due to the action of recreational players.

But if the line moves more than that, it is usually due to the action of sports betting professionals (excluding situations related to the weather or injuries) and wagering syndicates.

Most bookies work with low sports betting limits early in the week to prevent significant players and syndicates to get their action.

Now, some wise guys are willing to place some wagers on the favorite at the lower limits with a couple of bookie shops which are listed early in the week at Don Best.

When this happens, a lot of people in the industry will also move their wagering lines because they believe such line is the chosen one by the syndicates and sports betting pros for the week.

However, later in the week, when price per head bookies and sportsbooks raise their limits, the very same influential pro bettors and syndicates will put some heavy cash on the opposite side, until the line returns to its original number.

Then, they make a couple of wagers on the dog side at the starting point spread, with the purpose of canceling their original bets.

By doing this, they are getting the price per head bookies and sportsbooks to provide them with the number they needed without the unwanted monetary risk.