Sports Betting and Its Top Myths

Every year, despite their enthusiasm, sports betting players end up losing most of their NFL bets for the season. How is this 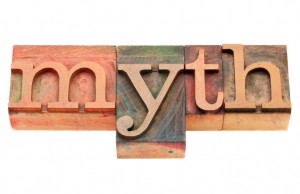 Professional football is the dominant betting sport in America, with total bets running more than one billion dollars a week during the season, and five billion during the Super Bowl.

One of the reasons why professional football is so popular amongst sports bettors is the fact that, of all pro sports leagues, the NFL gets the most complete TV and print media coverage.

Although placing NFL bets with a bookie is not legal in most of the United States territory, spread betting does get some significant coverage in the media.

Newspapers make their own selections against the general spread for a given game, and even commentators from ESPN and similar networks and radio stations get to share their knowledge as well.

Some sports betting players will actually follow the advice of the people in the media, while others will follow their instincts in an attempt to prove that they know more than the experts.

And for the novice bettor who is not too comfortable about making bets based on his own knowledge, or the one provided by the media, there are also individuals who offer their own expertise with the promise of incredible returns of seventy or even eighty percent winners.

Sports Betting and its Big Myths

The NFL season, for a Price per Head Bookie, is the most profitable time of the year. For the player, on the other hand, is a time when a lot of money can be lost.

But why is this?

Here are the big myths:

Myth 1: If you want to Win, you Need to Bet the Better Team

According to the stats, the average sports betting player tends to put his cash on the favorite. That, however, is a mistake, and here is the reason why:

The first mistake that the average player makes is to overstate the strength and capacity of the best players and teams in the league.

Handicappers, on the other hand, are aware of the fact that there is actually a lot of parity between all the teams and players, with no true significant difference between a given player at a position and the worst at such position.

When you have a game between a team with slightly less good players, but that is more motivated than its rival with slightly more talented players, an upset, including covering the spread, can certainly turn out to be the outcome.

Now, it is important to consider the fact that the spread automatically nullifies any power or skill advantage that a given squad has over its rival.

Also, picking the underdog is of great advantage since NFL teams will do their best to come up with the victory, and when down in the score, they will push for extra points until the bitter end.

This means that if a sports betting player has taken a favorite team that is ahead on the scoreboard, but that is failing to cover the spread with less than 5 minutes to go on the clock, then such bettor is risking losing the wager.

There is a group of amateur sports betting players whom believe that NFL games are fixed, but that is actually not the case.

Sure, there have been some exceptional cases here and there, where professional players from different disciplines have been caught cheating, but this definitely not the rule at the NFL.

The fact is that players make very well when it comes to salaries, so they really don’t need to take extra money on the side while risking their reputations at the same time.

Actually, a lot of players do make money on the side, but the legal way, getting cash from sponsorships, and that is just enough to get their minds away from greed.

Also, for a game to be fixed, many players, not just one, must be involved, and that factor alone rests considerable value to the claims of fixed NFL matches.

Pay per Head bookmaking agents are also wary about what they refer to as ‘unnatural cash’, which are funds in the millions suddenly coming in.

When Price per Head Services Bookies see unnatural money, they even take matches off the board until they find out what is going on, and there is usually a reasonable explanation for it, such as a big name player laying a lot of cash on a team, or even an injury  that comes to light.

If unnatural money was the rule and not the exception, then suspicion will be rampant, putting the whole industry in risk.

Price per Head Bookies knows that the only way they can make enough profits is for NFL matches to remain honest.

Other players also believe that the source of fixed games can be the referees, but this claim is not very feasible since NFL officials run very proficient background checks on potential referees, which includes the actual positive recomendation from solid, believable sources.

How many Sports Betting players can actually identify all the names for the different defense types, for example?

NFL analysts do have that info and many, many other type of similar data at their fingertips, all the time.

To the novice bettor, these individuals can sound like some sort of professional football gurus, but in reality, it is all smoke and mirrors.

Analysts also make mistakes when they try to predict outcomes for NFL games. Some might base their analysis on the type of field, and on the home-away factor, for example.

But the reality is that teams change so quickly nowadays due to free agency that such type of factors have little weight on the outcome of a game.

Ask yourself this question: What does it matter if a given squad is 8 and 2 on grass turf over the past 3 years if only 5 original players are still on the team?

As the sports betting industry has grown throughout the years, so has the bookmaking consultant business.

This type of consultant is known as a tout, and this is an individual who gets paid a fixed amount of money for helping players make cash placing NFL wagers.

Some are the real deal handicappers, and their advice is valuable, but the majority, unfortunately are not.

If you want to discard the good ones from the rest, just avoid those who tell you that they can win 80% of the time against the point spread.

Realistically, a skilled handicapper can win around 55% to 60% of the time against the spread.

The standard way to bet the National Football League is to bet one match at a single time with 11-to-10 odds, which is equal to laying $110 to get $100 on either the spread or the total.

However, some handicappers offer many types of exotic wagers with incredibly high payouts.

Some of these exotic wagers are valid, but others are not so much, so it is important to know the difference., and to deal with the right Price per Head Bookie.